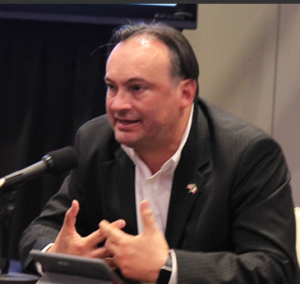 Photo by Philipp Birmes from Pexels

Are Cities the New Countries?

As politics has become nationalized, problem solving has become localized[1]. The challenge of democracy in the modern world has been how to join participation, which is local, with power which is central. The nation-state once did the job, but recently it has become too large to allow meaningful participation even as it remains too small to address centralized global power.

The new world order is shifting power downward from the nation-state to cities and metropolitan communities, horizontally from government to networks of public, private, and civic actors, and globally along transnational loops of capital, trade and innovation.

International society, so long the resolution to problems of collective political order, now appears to be failing in its capacity to deal with transnational challenges such as climate change, global security, human rights, gender equality and financial instability. Indeed, the structure of international society itself has become a significant obstacle to such pressing issues of global governance. One striking response has been the reemergence of cities as important actors on the international stage. Cities are increasingly becoming global players – hubs for information, goods, and people. And they’re increasingly networked together.

Initiatives like  C40 – which includes 90 of the greatest cities in the globe fighting Climate Change[2], Metropolis –  A hub and platform for metropolises to connect, share experiences, and mobilize on a wide range of local and global issues[3], the Global Covenant of Mayors[4], The World Mayors Council on Climate Change[5], an alliance of committed local government leaders concerned about climate change. They advocate for enhanced engagement of local governmental stakeholders in multilateral efforts addressing climate change and related issues of global sustainability, the United Cities and Local Governments[6] is a world advocate of democratic local self-government, promoting its values, objectives and interests, through cooperation between local governments, and within the wider international community, the ICLEI – Local governments for sustainability[7] promotes local action for global sustainability and supports cities to become sustainable, resilient, resource-efficient, bio-diverse, low-carbon; to build a smart infrastructure; and to develop an inclusive, green urban economy. These are just some examples of the role cities are playing today in the global arena trying to solve common problems.

This year at the World Economic Forum[8] annual meeting in Davos leaders from the private sector, academia, society and governments are struggling to make sense, enable and drive international cooperation. Form Donald Trump’s policies to get out of many major global organizations, to the Brexit mess and the new populist governments from the left in Mexico to the populist right in Brasil, the world is facing a shakedown at the nation-state level. The future of global stability hinges on whether great powers think and act in terms of sovereignty or supply chains[9]

With the population growth and urbanization megatrends, Cities are the key players, “boots on the ground”, practical problem solvers. Cities have to deal with the day to day issues like security, waste management, traffic, and providing local services to the citizens.

Cities forming metroplexes like Greater Copenhagen which not only comprises two cities Copenhagen and Malmo, but two countries Denmark and Sweden, have to deal with common problems and work together to find solutions. Air quality and water pollution don’t distinguish physical borders. Both city governments need to design common strategies and think as one single entity. The same goes for San Diego in the USA and Tijuana in Mexico, they have a physical border with an actual real wall, but that does not limit both Mayors from working together and sharing resources and plans. They even have an airport that they share in a time where the Trump government talks about building more walls and isolate the USA, and supply chains between the two cities are growing exponentially in the health tech sector and high tech manufacturing.

Cities in California and New York don’t really care about the Trump rhetoric, they have to solve their own local and real “every day” problems. And so they do tapping into the experience of other neighbor cities and connecting to the rest of the world.

Increased technological innovation has also enhanced the role of cities. As the basic science and applied research conducted in universities, hospitals, and companies reach commercial markets, cities have accelerated the invention of new technologies. Such progress in recent years is giving cities new ways to grow firms, value, and jobs. Some examples are Austin’s efforts to create the smartest energy grid, Pittsburgh’s decision to be a living laboratory for testing driverless cars, and Copenhagen’s decision to open up public data for use by entrepreneurs and technology firms through the City Data Exchange[10] , a collaboration between Copenhagen Municipality, the Capital Region, CLEAN (a Danish clean-tech cluster) and Hitachi.

With the emergence of Industry 4.0 technologies, especially AI-enhanced urban transportation, smart grids, renewable energy, waste and water management, and urban farming, will not only reduce CO2 emissions, but may also improve energy, water and food security, and effectively address climate change and environmental issues. Smart Cities around the world are showcasing how they are using technology and innovation to solve their problems and improve the life of their citizens. With mega-fast communications, the success stories of any city travel fast and can be replicated by other cities fueling connections and larger networks.

And although there is a fierce competition among cities to be the ones attracting more people, there is also a new model of looking for a competitive advantage through collaboration.

Urban leaders facing problems that seem overwhelming should not be shy to reach out and ask for help.  Megacities, medium sized cities and small cities all face similar problems regardless of the scale. Crime, limited budgets and resources, pollution, traffic, and garbage collection are all familiar topics for any mayor in the world.

Technological advances, more broadly, have sped up a city’s ability to change and evolve, sharpening the contrast with slow legislative processes. As national and state governments have grown more sclerotic, the ability of traditional governments to act with agility and discretion has been lost. Cities, however, can accumulate public, private, and civic wealth to create alternative paths for the design, financing, and delivery of solutions rapidly. The Open and Agile Smart Cities initiative[11] founded by Martin Brynskov a PhD from Aarhus University in Denmark, gathers 120 cities from 24 countries and regions in Europe, Latin America and Asia-Pacific to share experiences, visions and solutions.

Why should cities, traditionally focused on local politics, concern themselves with international relations?

It is an inevitable evolution. Cities are increasingly held responsible for dealing with city-level issues that have global implications, such as pollution, health, safety, climate change, migration, and economic well-being. In response, cities are formalizing city-to-city cooperation on the international stage and developing networks and partnerships to develop solutions to these challenges. Today there are at least 200 city networks connecting local authorities across borders and continents, and the political-economic clout of cities is growing. Long-lived national coalitions of cities, some more than 50 years old, have been created to make the voices of cities heard within national politics. There is also a growing number of intercity economic twins, which are more relevant than ever as cities make up an increasingly larger portion of global GDP.

Cities are now more connected than ever before on a global scale. Yet local governments are not just spectators of this networked age: they are actively forging links across borders, taking part in setting the international agenda, and shifting the landscape of urban politics from local to increasingly global.

As mentioned before, there are hundreds of formalized city networks around the world addressing a broad range of issues, and the potential of cities’ external engagements is as vast as it is untapped. City diplomacy is and must become a strategic activity for cities worldwide if they are to remain relevant in the new global order.

City diplomacy is the conduct of external relations undertaken by official representatives of cities with other actors, particularly other cities, nation-states, NGOs, and corporations. Today, city diplomacy has become more than a symbolic relationship or cultural exchange, and cities are increasingly recognized in their potential to shape international processes and global agendas. Furthermore, the boundaries of cities are blurred as borough, municipal, metropolitan, and regional authorities see the benefit of engaging globally and representing their domains on international stages.

One very interesting and successful model of city diplomacy is the Copenhagen Goodwill Ambassadors[12], a network of highly positioned business leaders, entrepreneurs, innovators, cultural leaders, branding experts and public opinion formers, living and working in more than 25 countries worldwide. The voluntary network is working to promote Greater Copenhagen internationally, and to attract foreign investments, companies, talents, tourists, conventions and large events to the region. It was founded in 1996 by Copenhagen Capacity and Wonderful Copenhagen, and has worked to create growth in Copenhagen ever since.

The model carefully selects Danes living and strongly established abroad to tap into their connections and networks to promote the city of Copenhagen.

Other old organic models connecting cities include the Diasporas which are having special force with the increasing migration from cities of one country to cities of a different country.

City diplomacy can trigger strong economic, cultural, and social ties with other cities. The old “sister cities” model which was basically a honorary designation has now evolved to dynamic flows of capital, people, technology and information between cities[13].

Cities are the new power centers, where innovation flows and where people interact.

The new world order is shifting from the nation-state to the cities. Connectivity and networking between cities is becoming more valuable to solve local and global problems. Networks of cities tackling climate change, gender equality, social justice and financial inclusion are growing by the day and city diplomacy is becoming a more practical and relevant conduit to strengthen relationships between regions.

Humberto Olivo is Founder and Managing Partner of Nordiks Global in Copenhagen, Denmark and Founder of the Smart Cities Exchange Summit. He is also the Founder and Partner of Volpi Ventures in Austin, Texas a Private Equity Fund and Venture Capital firm.

[1] Katz, Bruce; Nowak, Jeremy. The New Localism: How Cities Can Thrive in the Age of Populism. 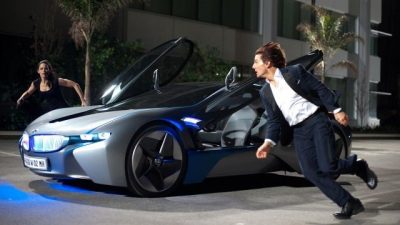 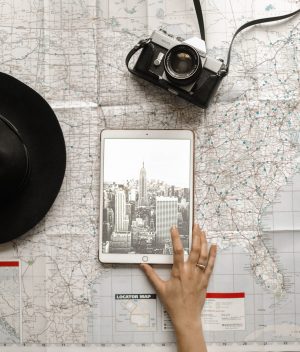